Viliana Valtcheva is a Bulgarian-Swiss conductor. In 1999 she successfully finished the Varna Secondary Musical School “Dobry Christov” as a pianist. During her education in Varna, Miss Valtcheva won the main prizes as a pianist at the competition for Czech music in Varna (1994), for young talents in Sofia (1996) and for German music in Bourgas (1998).

In 2001 she graduated from the Bern Conservatoire and in 2004 from the Higher Musical school in Neuchâtel, obtaining a piano accompaniment diploma.

In 2010 she completed her education in Switzerland by taking a Master's degree in opera and symphonic conducting at the Luzern Conservatoire under the guidance of professor Ralf Weikert.

In 2009 Miss Valtcheva participated in a conductors' Masterclass under the patronage of the Berlin Philharmonic orchestra (Dirigenten Werkstatt). In 2010 she took part in the final stage of conductors' competition in the city of Cadaques/Spain.

Meanwhile she had a chance to participate in different Masterclasses guided by the conductors  Zubin Mehta, Fabio Luisi, Bernard Haitink.

Since 2013 Miss Valtcheva is being regularly invited at the Luzerner Theater as an assistant-conductor and pianist.

In 2008 and 2014 Miss Valtcheva received a scholarship for further education from both foundations Zeno Karl Shindler - Geneva and Richard Wagner - Bayreuth.

At the beginning of 2014 Miss Valtcheva was invited by maestro Borislav Ivanov - Chief Art Director to conduct the Varna State Opera orchestra. After several very successful performances, Miss Valtcheva received a three season contract as a conductor in the theater. Under her baton, the spectators enjoyed Don Giovanni by Mozart, Traviata,Il Trovatore and Rigoletto by Verdi, I Pagliacci by Leoncavallo, Madama Butterfly and Tosca by Puccini and  Giordano's Andrea Chenier.

In 2015, Miss Valtcheva conducted with great success  the opera of Francesco Cilea "Adriana Lecouvreur" at the Varna International Summer Festival.

By invitation of the Foundation "Orlin Anastassov", in November 2016 she conducted Bizet's opera "Carmen" with the most prominent mezzosoprano at the moment- Anita Rachvelishvilli.

In Juni 2017 she conducted in the National Palace of Culture in Sofia the Leoncavallo's opera "I Pagliacci" with the famous international tenor Kristian Benedikt.

In September 2017 Viliana Valtcheva conducted Bellini's "Norma" with Dimitra Theodosiu in the title role and Rossini's "Il barbiere di Seviglia" during the Dionysia Opera Festival at the Corfu Island.

In January 2018 she made her debut on the stage of Teatro Francesco Cilea- Reggio Calabria with Verdi's "Missa di Requem".

In 2019 she conducted Puccini`s La Boheme in the Rousse State Opera/Bulgaria, following Tosca and Kalmans' masterpiece - "The Csardas Queen". In October 2019 she debuted at on the stage of State Opera Plovdiv, conducting Andrew Lloyd Weber's musical "Evita". 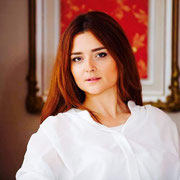 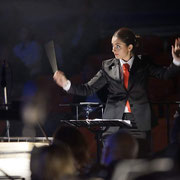 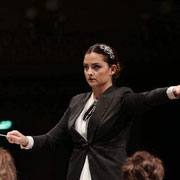 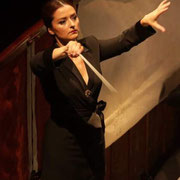 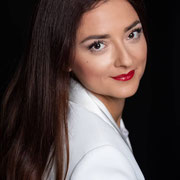 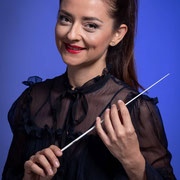 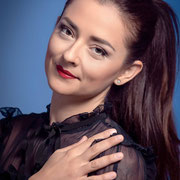